What are the Age Groups in a Triathlon

A common question we receive is what the typical age groups in a triathlon are. For a newbie, it is a good question and one we are happy to shed some light on.

In any sprint, olympic, mini, and other triathlons are divided into age groups. There is not one universal answer, as some races change the age groups slightly, but below are the most common age groupings you will see at the typical race:

We realize that you didn’t need to know the female age groups, as you are a man competing as a man, but we thought it would be helpful when we posted this question online for everyone to read.  Note that the governing body of triathlon in the US, the USAT, has published its guidelines on age groups as well.

Other Groups, Besides Age-Based

In most races, you will also see various classes for teams and relays.  Note that the Elite, Clydesdale, and Athena groups are all intended to be “opt-in”.  You sign up to be in those classes if you 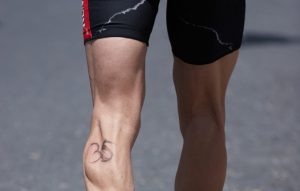 want.  Why would someone want to be in the Clydesdale division?  Because it allows you to race against other racers your own size.  You might be a 210 lb man in great shape, but your frame and size put you at a disadvantage against the wispy 170 lb man who is in your age group.

We also see some races featuring a separate wave or group for first-time triathletes.  This is a nice concept as first-timers and newbies might be a bit more nervous before the race, but in our judgment it doesn’t make much sense. Quickly into the race, the newbies will be mixing with all other racers.  New certainly does not always mean slow! At each race, there are a few first-timers who are smoking the field and showing that they were born to be triathletes.

Note that most races ask you to sign-up in the age group which matches your age on the day of the race.  For example, you might be 30 on the day you sign up for a race in January, but by race day in June you could very well be 31.  In that case, you sign-up as a 31-year-old.

The final thing we would note is that some races, especially smaller or more local ones without huge participant numbers, might merge several age groups together. Instead of a 30-34 and 35-39 age group, you might just see a 30-39. This is typically driven by the desire to not have so many different groups starting at the outset of the race, and to keep the race morning moving.

Hope this helps!  As you are new to the sport, don’t miss a few of our other popular articles for beginners, such as our piece on the minimum gear needed for a triathlon, or our guide on wetsuits.

How Long Does It Take to Fix a Bike Flat Tire?

Triathlons and Races Near Me